Projects > Moving With the Land, Listening to the Ancestors 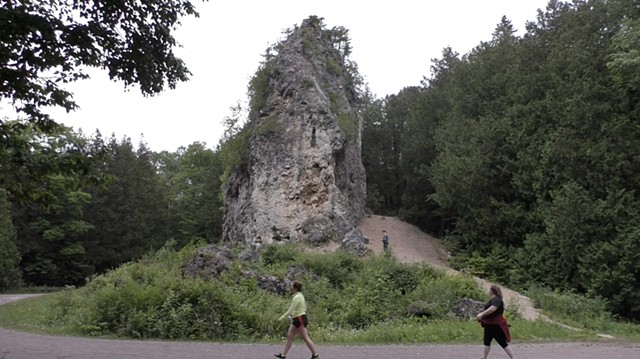 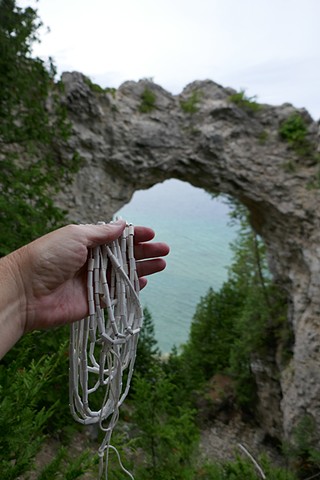 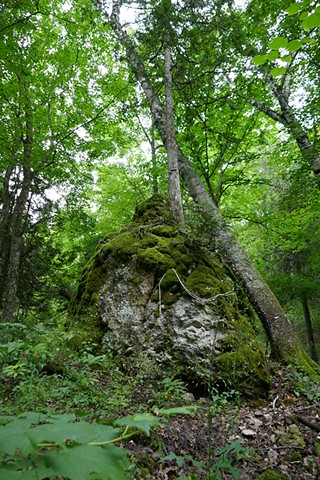 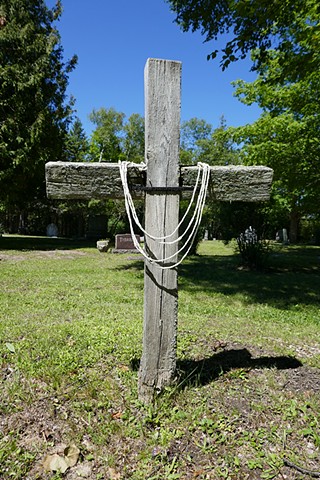 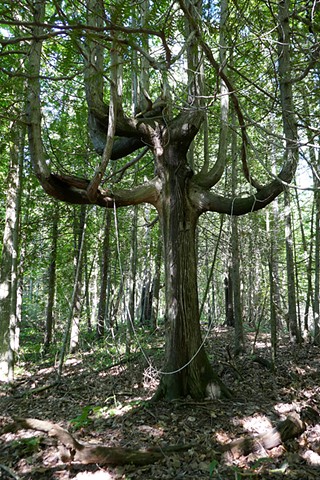 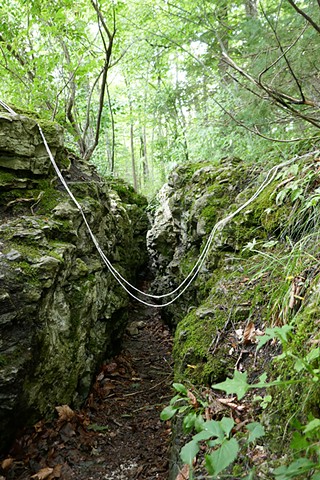 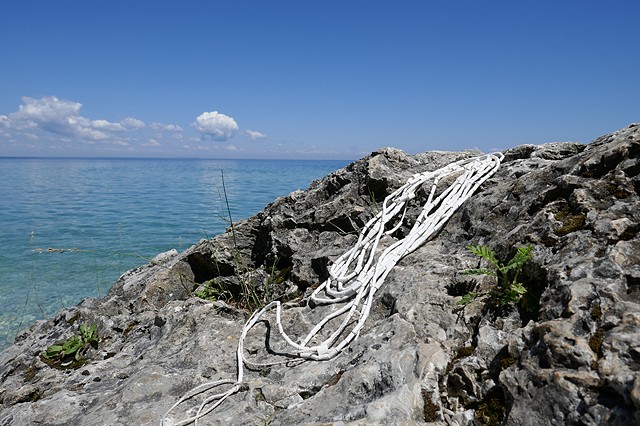 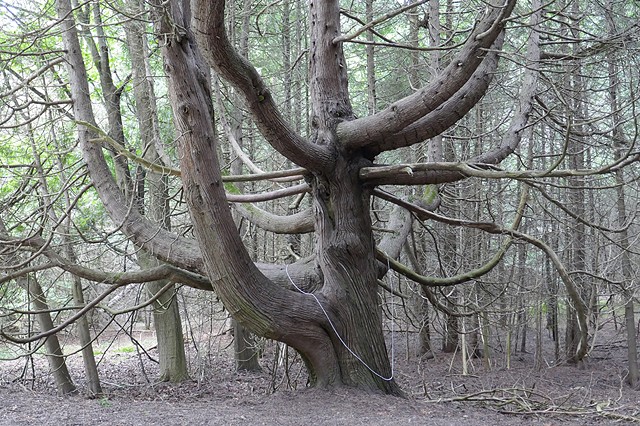 My mother’s family are the descendants of French fur traders and Native Americans in the Straights of Michigan and we are enrolled in the Mackinac Band of Chippewa and Ottawa Indians.

In Moving with the Land, Listening to the Ancestors, I wanted to honor the sacred locations on the island as well as the people that came before the settlers. I hand-wrote all the surnames from the Durant Roll, an Indian census from 1870 and 1907 that was used to determine who was eligible to receive annuities from the federal government following the treaties of 1836 and 1855 where the Ottowa and Chippewa were forced to cede most of their land. I rolled those pieces of paper into beads and strung them on a strand that measures over 17 feet long. I took the strand to locations all over the island and read the surnames in an act that was both ceremonial and performative.

To speak the names of the island’s native inhabitants is to remember them, and to do so in the presence of the island’s oldest rocks, trees, and mosses, is to acknowledge that we cannot separate the animate from the inanimate, the spirit from matter, or the people from the land.